Do you get cabin fever?  I do!  With the weather getting warmer and the snow melting, I really wanted to get out yesterday.  I didn’t have a lot of time, somewhere not too far, but also not too near.  I finally decided on Kosaka Town.  NHK had a short special about Akita, Friday night, that I happened to watch.  They showed the Kosaka Mining office and the Kabuki Theater.

We left around 10:00 a.m. (a late start), and arrived at the theater at noon.  Faster than I expected.  The road from Akita to Kosaka has gotten much better!  I was surprised that we were the only visitors at that time, but it allowed us to do and see many things that are not included in a normal tour.  Here are a few pictures: 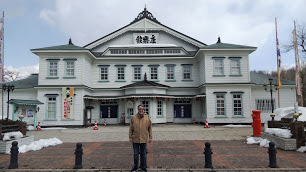 Built in 1910, the Korakukan was designated as a National Important Cultural Property of Japan in 2002. It is the largest existing wooden theater and one of the oldest surviving wooden Kabuki theaters in Japan.  Tours and performances are held daily from April to November. The daily shows however, are not considered “true kabuki” as it often incorporates humor and contemporary themes. But rather, the shows are a mix of a kabuki, singing, dancing and rakugo style comedy.

Inside the Korakukan (seating capacity 600) 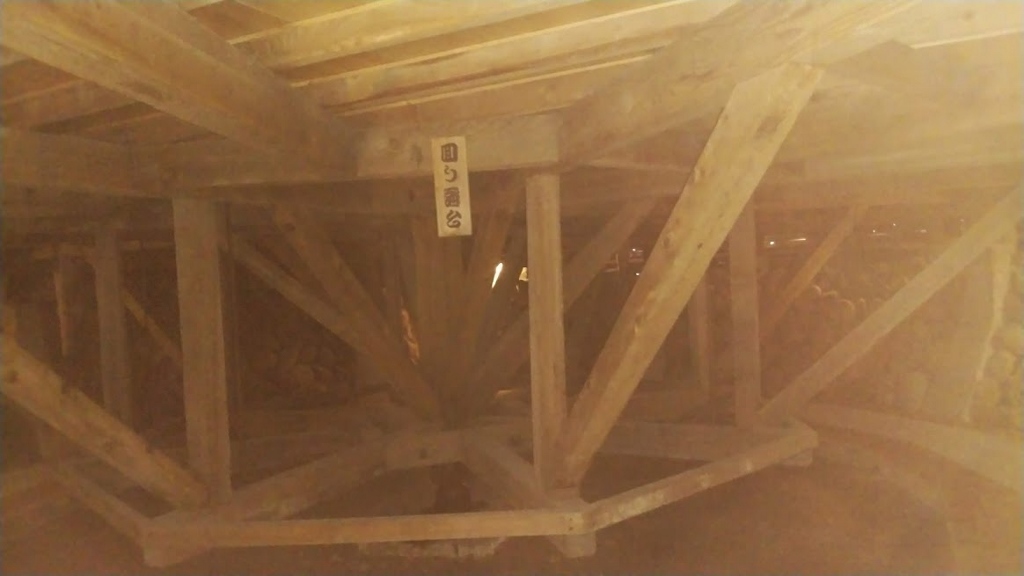 Beneath the stage.  This is  the rotating stage mechanism.  Yes we rotated it! 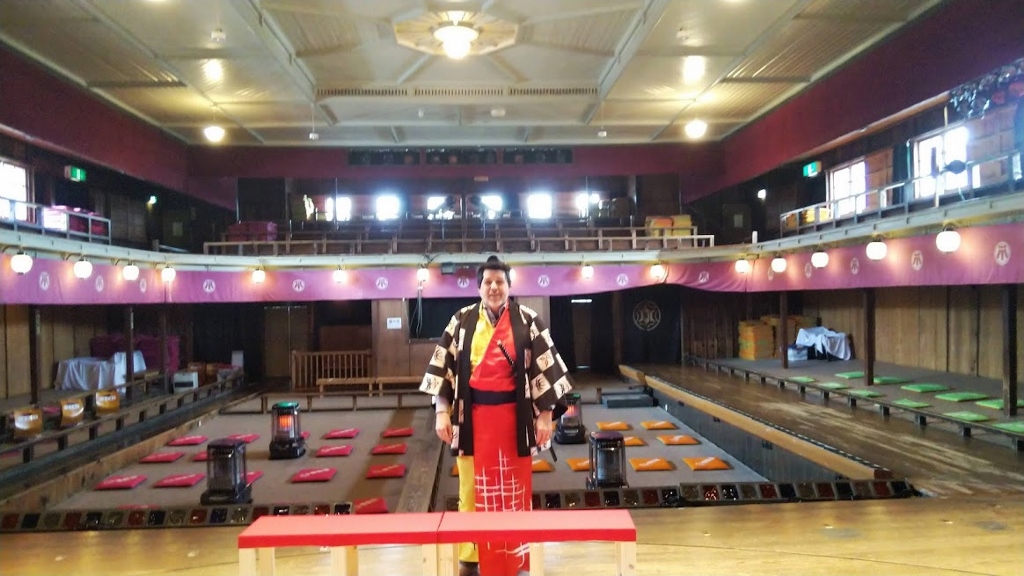 I was able to try on some of the costumes. 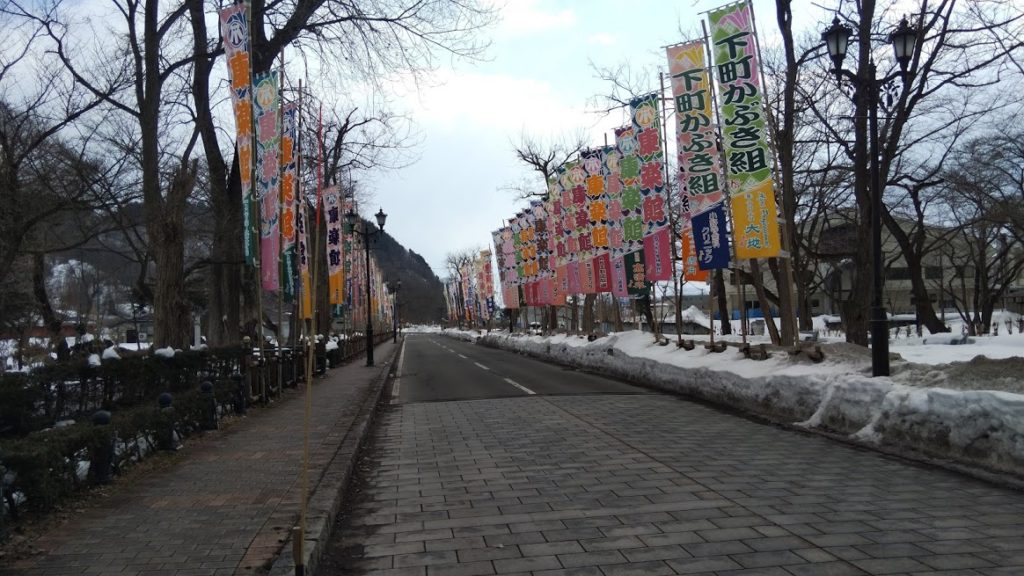 This is Meiji Street in front of the theater. 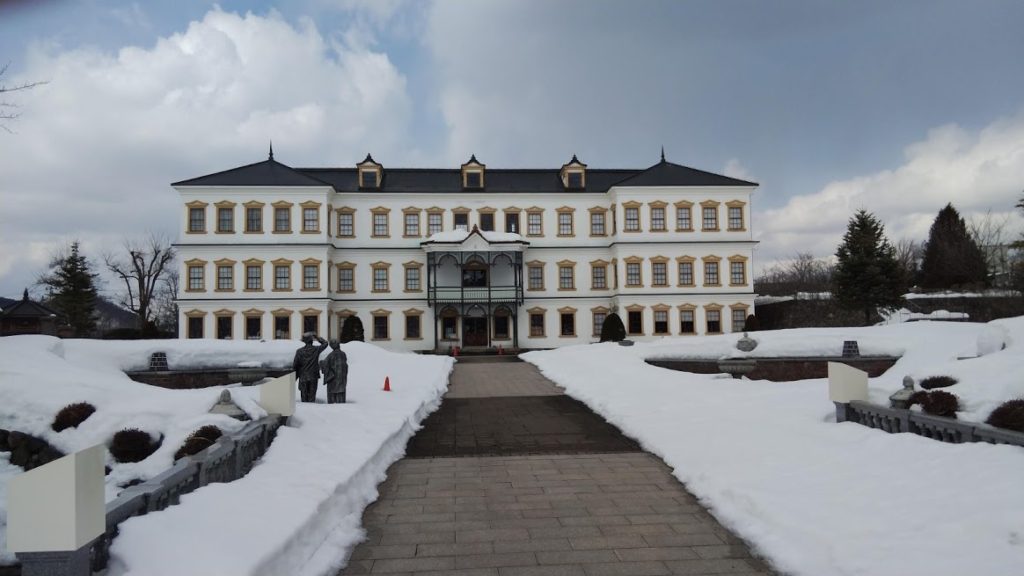 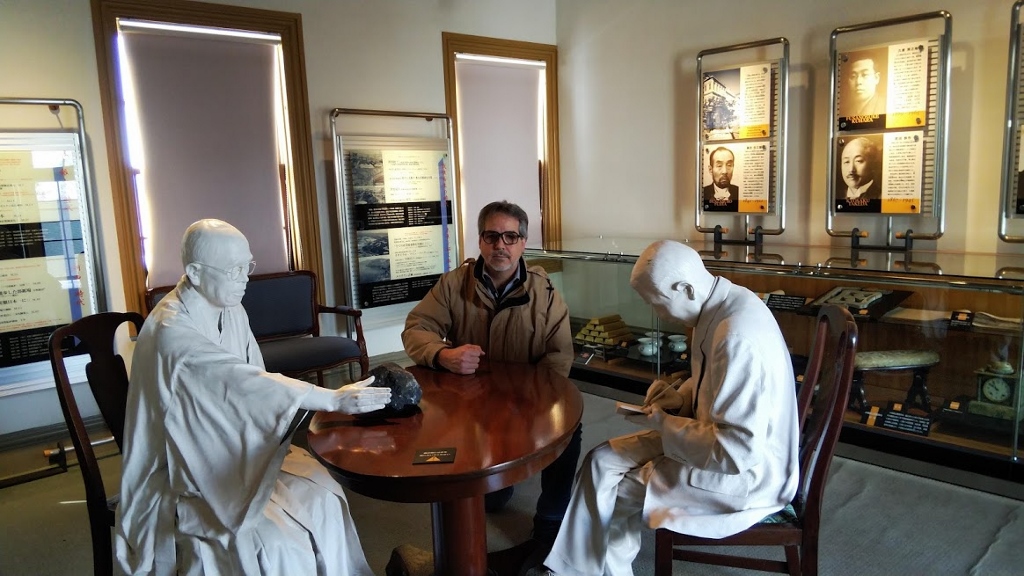 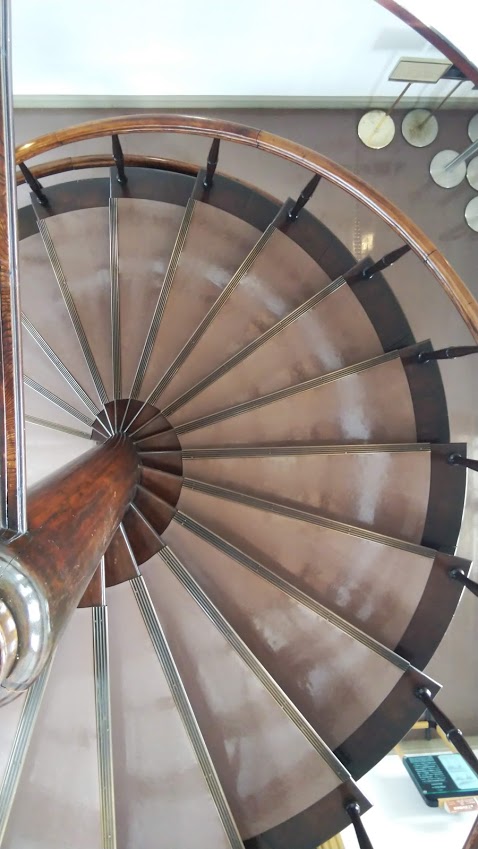 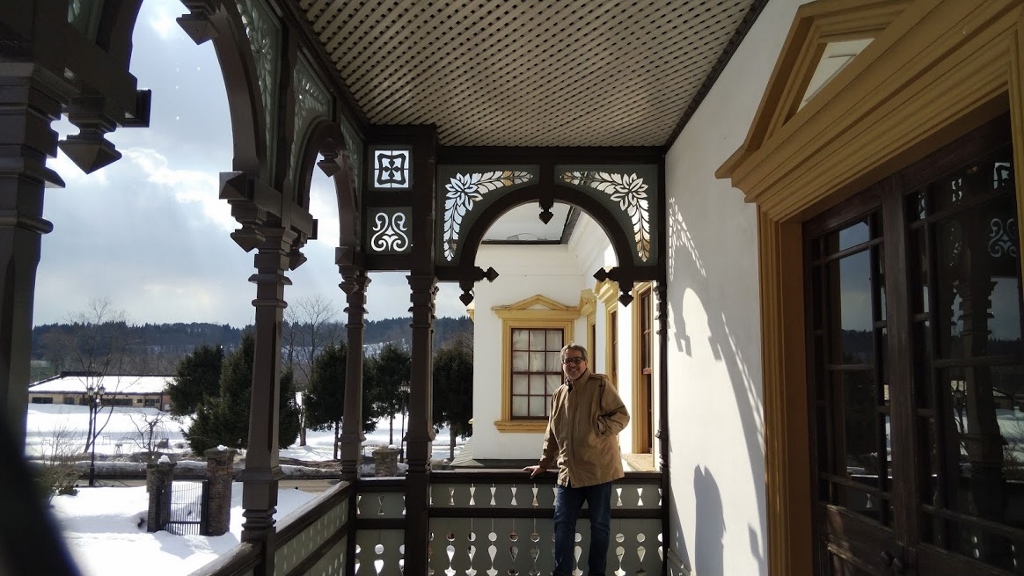 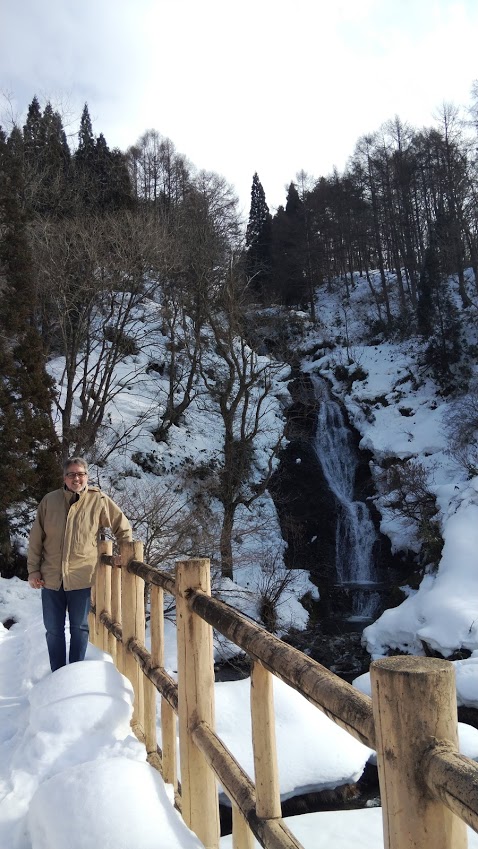 Along the Jukai Line (highway) towards Lake Towada is Nanataki Waterfall, a 60 meter high waterfall. 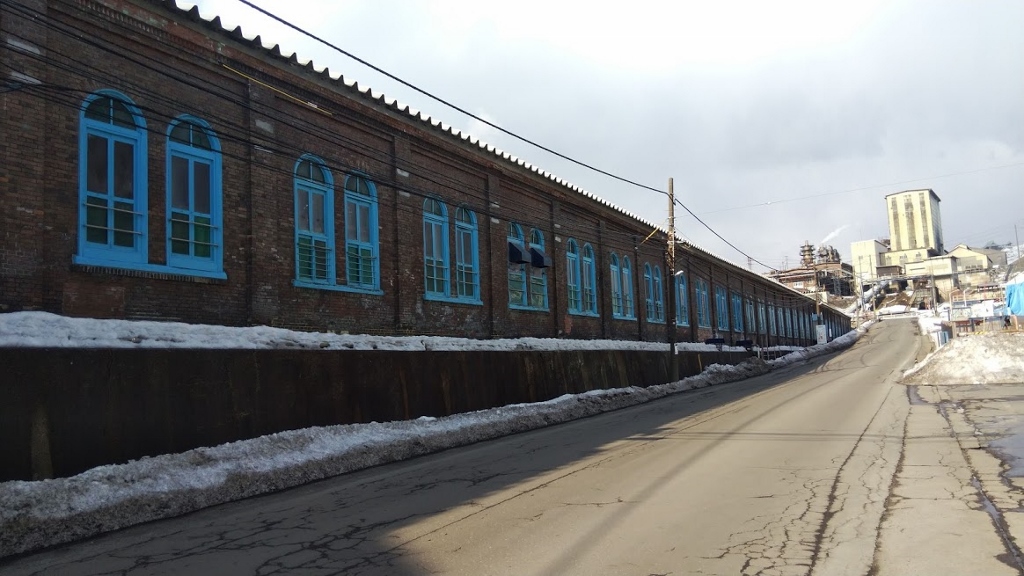 After a nice dinner and a stop at the new Futatsui Machi Michi no Eki, we arrived home around 7:00 p.m.   I learned many interesting things about Kosaka.  Did you know it used to be the 2nd largest city in Akita Prefecture?  It had the first electricity, water works, and private railroad in Tohoku.  Also the first Christmas was celebrated there.

I had a wonderful time and can recommend this short trip to anyone.